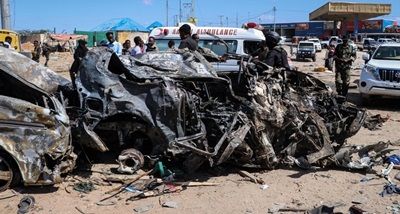 The UAE has condemned an attempt by terrorist elements to carry out a sabotage operation using a car bomb in Dammam, Saudi Arabia, yesterday.

In a statement, the UAE Ministry of Foreign Affairs and International Cooperation praised the vigilance of Saudi security forces and their efficiency in confronting such terrorist acts.

The Ministry reiterated the UAE’s firm position and solidarity with Saudi Arabia in dealing with such acts and underscored its support for all measures taken by the Kingdom to protect its security and stability.

UAE reiterated its solidarity with Saudi in dealing with such terrorist elements, and its support and assured its support in all forms to protect Saudi Arabia’s security and stability.