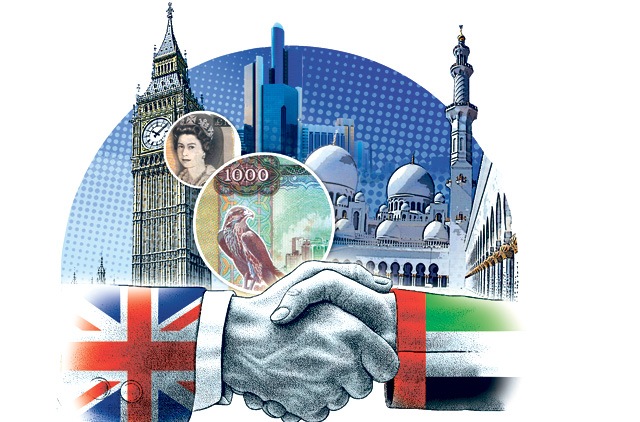 The UAE and Britain are discussing prospects for strengthening vital partnerships in various fields, the UAE held talks to discuss common bilateral relations with the United Kingdom, as well as a number of strategic issues.

The UAE and Britain talks – which took place today at the General Office of the Ministry of Foreign Affairs and International Cooperation in Abu Dhabi – included consultations on cooperation files between the UAE and Britain, and prospects for developing these relations, as well as strengthening vital partnerships in all fields.

The UAE and Britain discussion included ways of cooperation and coordination of efforts in the face of the COVID-19 pandemic and ways to contain its repercussions.

During the UAE and Britain talks also discussed regional and strategic developments of common interest and the latest developments in the international arena.

The Minister of State for Foreign Affairs praised the strategic relations with the UK and the distinguished level of coordination between the governments of the two countries in the files of common interest.

He also affirmed the keenness of the UAE and its leadership to continuously develop and strengthen this relationship, welcoming the great interest shown by the United Kingdom to its bilateral relations.

After signing the joint statement, the two sides discussed bilateral relations between the two countries and discussed opportunities for cooperation at the level of the United Nations, as well as the situation of the Rohingya, and the need for open communication channels, which are considered a priority issue for the Organization of Islamic Cooperation, which is currently chaired by the UAE.

Dubai Culture discussed the future of the cultural and creative sector