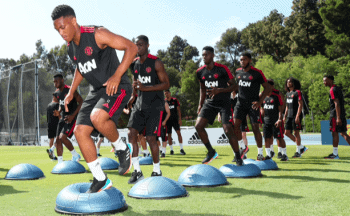 Premier League will give a fortnight chance to rest and Arsenal will utilise the second half of the forthcoming winter break by heading to a warm-weather training camp in Dubai.

Its Planned for the team, first squad to fly out to the Middle East on Friday February 7, and return the following Tuesday (11th).

It is already been published on Arsenal official website and stated: Mikel Arteta will use the training camp to bring the squad together in a warmer climate as part of getting ready for the fitting which soon they will play against Newcastle United on February 16, the Europa League clash against Olympiacos four days later and the run-in that follows.”

Time table already confirmed that the Gunners play Burnley on February 2, allowing squad members a few days of down time before reporting back for duty. ahead of the trip to the Arab city.